As part of the events industry, Corona hit the company Meetingbox by Succevo with full force. It only survived thanks to a business idea. The demand for the event platform „virtual events“ is huge – which got the company a nomination for the Starnberg business award 2020.

A large swedish company is organizing a meeting with its franchise companies from around the world in September. Around 600 representatives will then enter an exhibition hall through large doors. They will inform themselves about the program at a stand. They will get into an elevator and then go either to the large lecture hall or to small workshop rooms – and maybe even to a restaurant for a chat. But no one will be getting on an airplane for the meeting. It will take place in a virtual space. The digital platform for this was conceived in a residential area in Tutzing – by company Meetingbox by Succevo, which like ten others is nominated for the district’s business award.

The international event management company with offices in Dubai, Sofia and Bangalore, which emerged ten years ago from the Team Seefried agency, has 45 employees. Eleven of them work at the headquarters in Tutzing – mainly young people who sit in front of their screens with headsets. CEO Mark Pearson leads through the bright rooms with large glass panes and explains the company philosophy with a British accent. An entire wall is filled with the lettering: “Make it matter”!

“Crisis as opportunity” is the motto of the business award. Due to Corona, for Succevo this phrase would have to be  slightly changed to “Crisis as a chance for survival”. No exhibitions, no exclusive parties, no large company meetings: The “total collapse” (Pearson) of the event industry also hit Succevo in March. Until then, the company lived on its product “Meetingbox” – according to the homepage definition an “event management solution for optimized workflows, more transparency and better event experiences”. A software with which event planners can design, organize and maintain an overview – ticket sales, the program, the website and much more. Customers include the airline Emirates, Feinkost-Käfer uses the Succevo app for party planning, and business events are organized with it in the Allianz Arena. A workflow management program for project coordination (Pearson: “From offer to invoice”) was another mainstay.

Then came Corona. Succevo announced short-time work, there was nothing more to do. Until the employees in the home office understood: “The future is digital”, as the CEO put it. Within just two months, they developed the “Virtual Event Experiences” platform with support from Sofia. “We wouldn’t have survived otherwise,” admits Pearson in retrospect.

He demonstrates the tool on the oversized flat screen in the basement conference room. Among other things, the “Expo function”, which is intended to give the Ikea franchise meeting a special flair. “The event must be an experience, more than a zoom meeting, even if everyone is sitting at home. People have the feeling of being in one place,” says Pearson. Then he clicks his way to a exhibitors booth to animated people in business outfits. You can put real faces on them if you want. The digital tour leads into a hall with a large screen, then into a workshop room with modern seating furniture.

The platform can be individually customized. The content of the events must be delivered by the customers. For example like which rooms will be used for livestreaming, or where there is room for chats and networking.

The demand cannot be satisfied at present, it is enormous. “My sales people keep saying no.” Pearson expects 20 to 40 events a month next year, which have to be accompanied by “live supporters”. In the Tutzing residential area, the Brit is now thinking about the old and the new world. “The future is hybrid,” he says now. Events will more often enable both: the actual and the virtual visit. “People will think more carefully after Corona: Do I really have to fly to Berlin for four days to meet two people and participate in two workshops?” For the CEO, the answer is clear: “People love flexibility.“

Translated by Nicola Fichtner from the original by Tobias Gmach 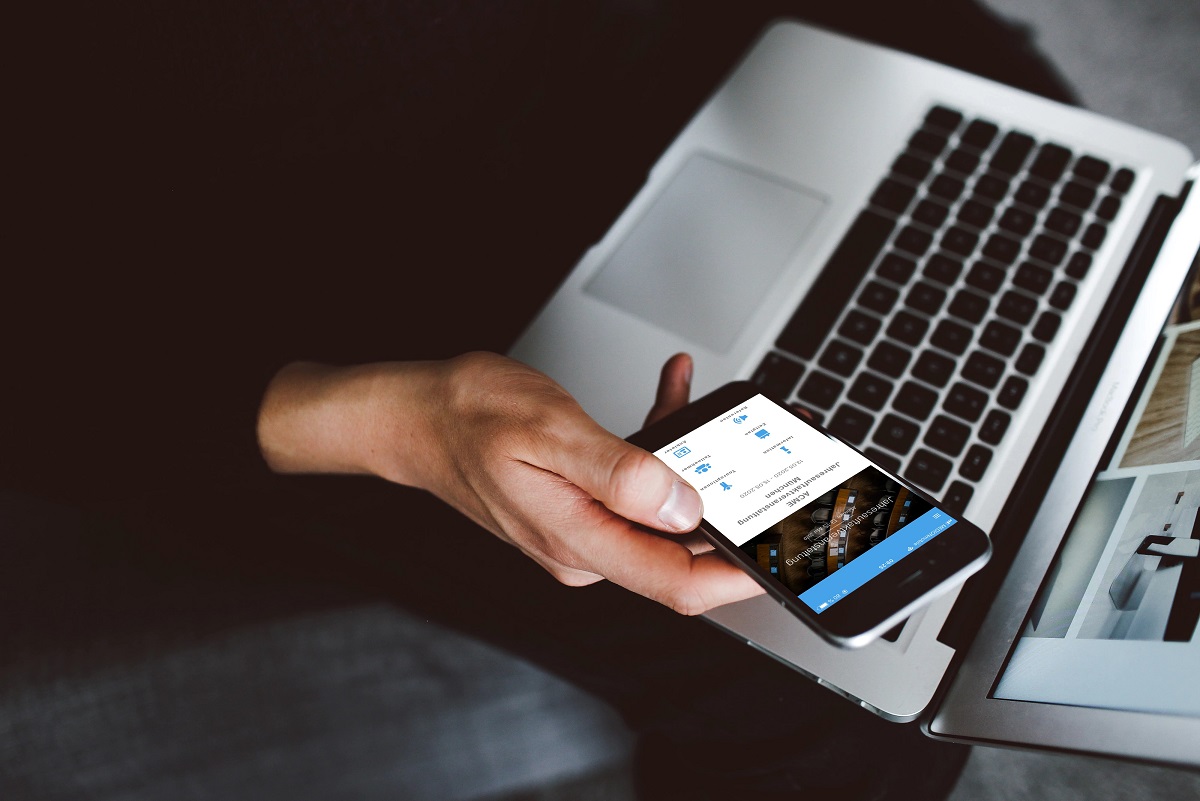 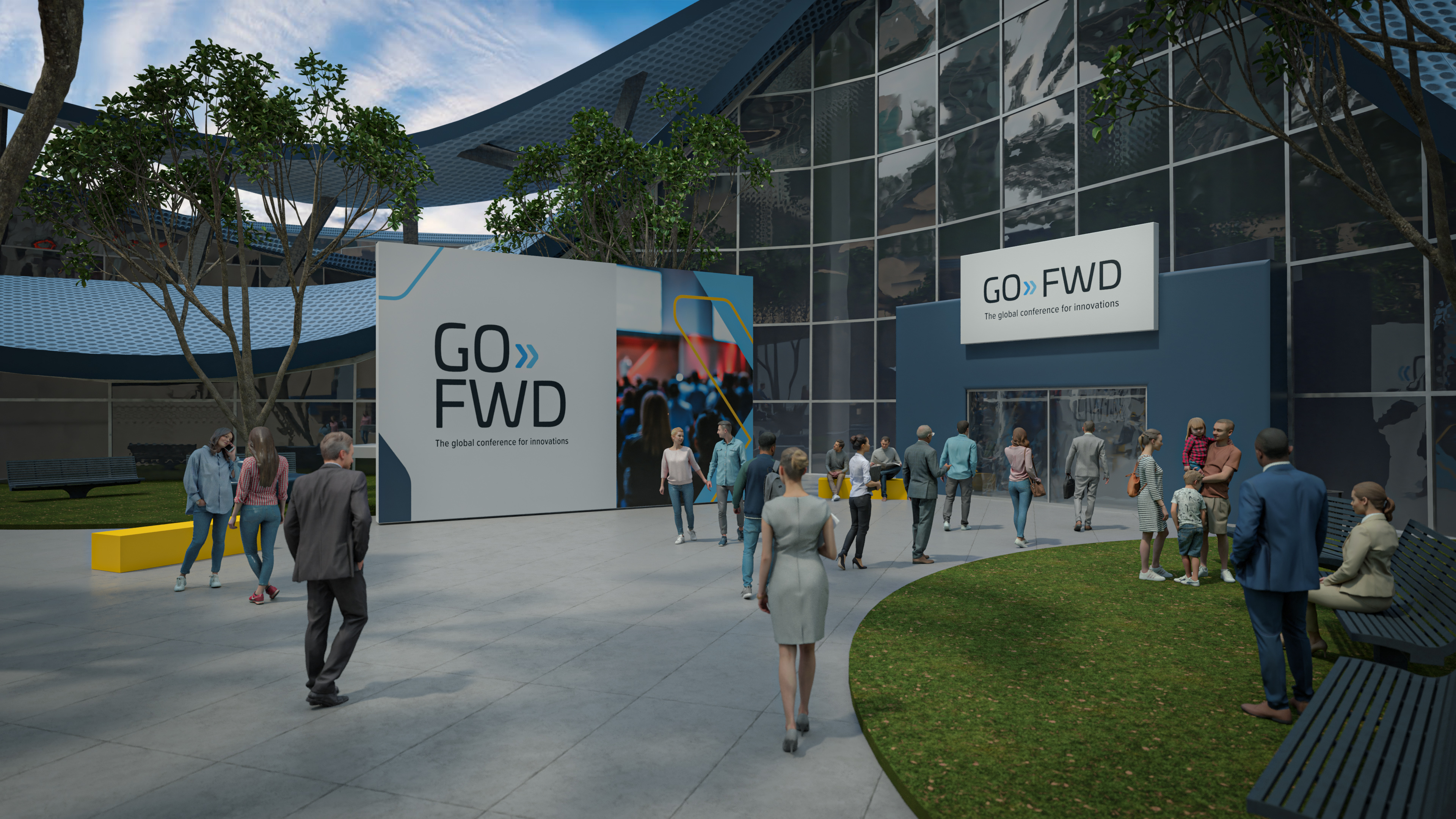